Made in collaboration with

Though Big Pharma is frequently criticised, the public at large is generally unaware of how problematic the profit-driven research & development model of the pharmaceutical industry is. Medicines for certain conditions are sold at exorbitant prices, while others aren’t even researched because they mostly affect people in low/mid-income countries.

To address this, StopAIDS launched The Missing Medicines campaign, but was faced with the challenge of explaining a complex issue to the general public.

How could the complex workings and effects of the pharmaceutical industry (and the solutions) be explained in the most engaging and direct way?

To solve this challenge, we came up with the idea of creating a webgame in which the player acts as the CEO of a pharma company, deciding how much money to allocate to research, which medicines to develop and how much to charge for them.

As the player progresses, it becomes evident that, in order to keep making profit (and stay in the job!), they have to ignore the pressing health needs of the world. These are presented both through a mortality rate chart (using real figures) and a series of short films with dramatic stories of people affected by the current workings of the pharma industry.

After the game is over, the same mechanics are used to explain how a new research and development model that puts health before profit could work.

The key challenge I faced in designing the game was balancing playability with the enormous amount of information that we needed to convey.

In order to strike the right balance, we extensively play-tested numerous iterations of the game on “paper prototypes”. As the tests progressed, we simplified the game-play and brought the key messages to the fore. We also discovered that most players were more concerned with learning than with trying to beat the game, so we focused on getting the messages across.

I then designed the responsive UI for the game and conducted usability testing, which was also useful in confirming the results of the play tests.

Additionally, I participated in post-producing the films, using original material and footage from the archives of Doctors Without Borders (MSF). 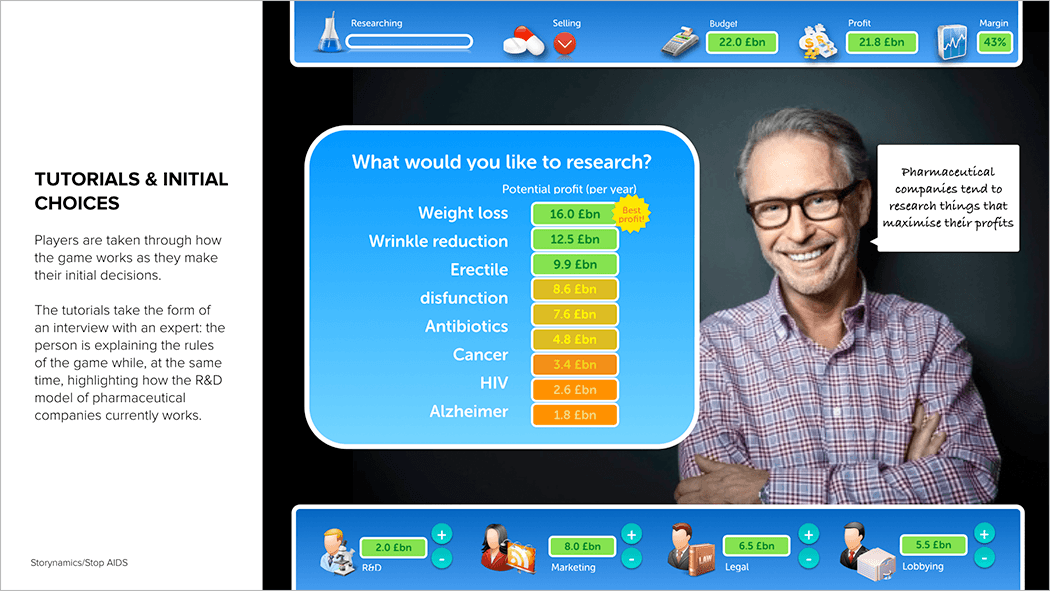 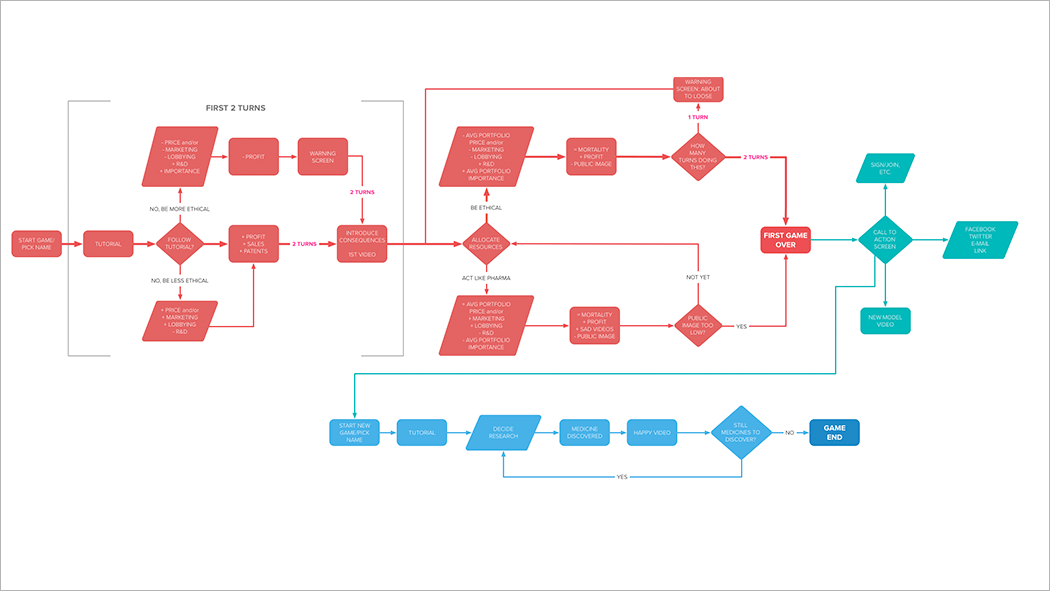 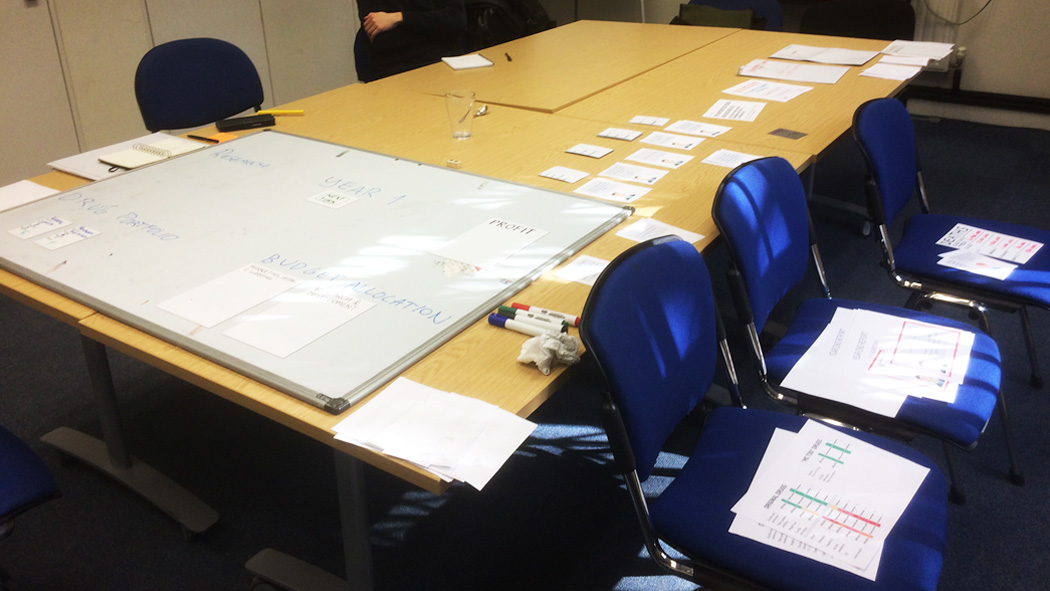 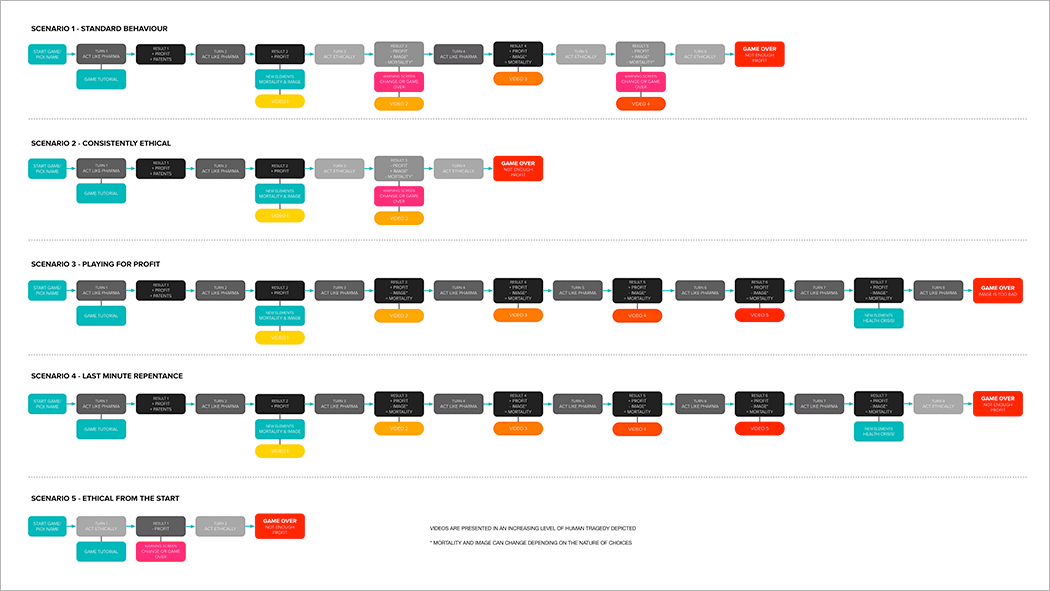 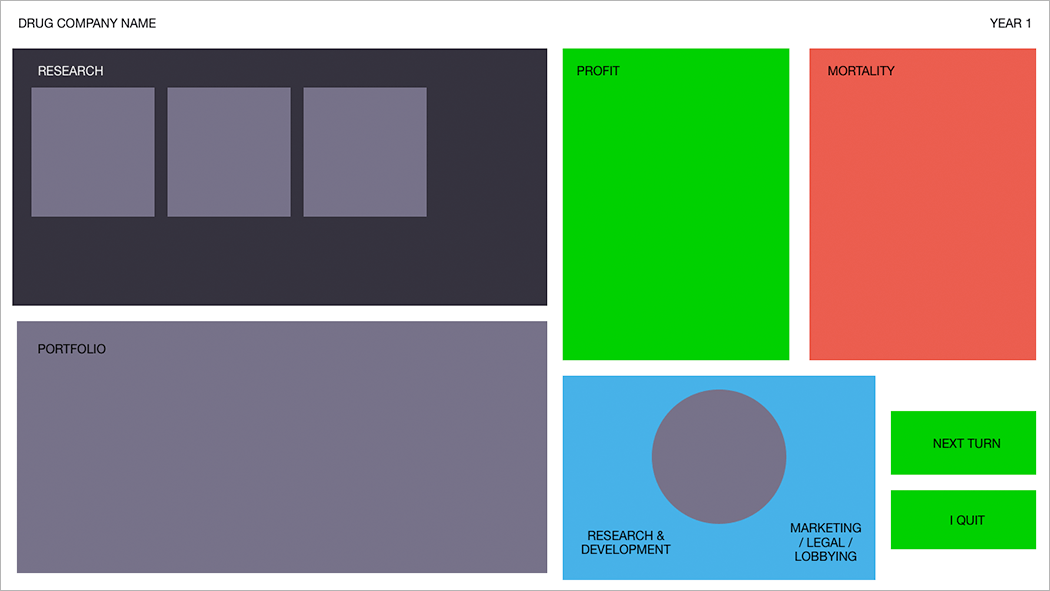 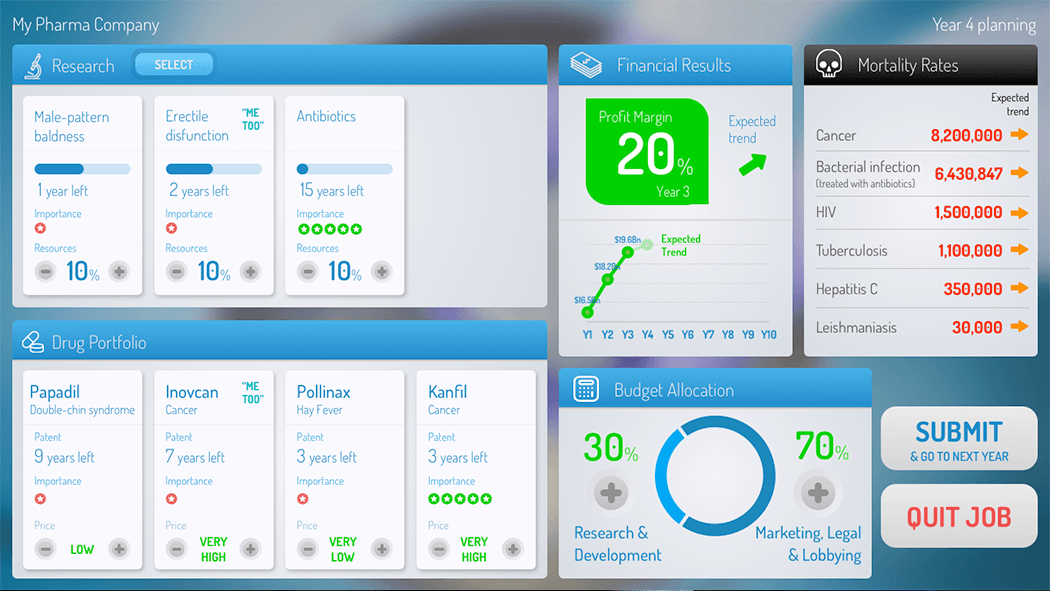 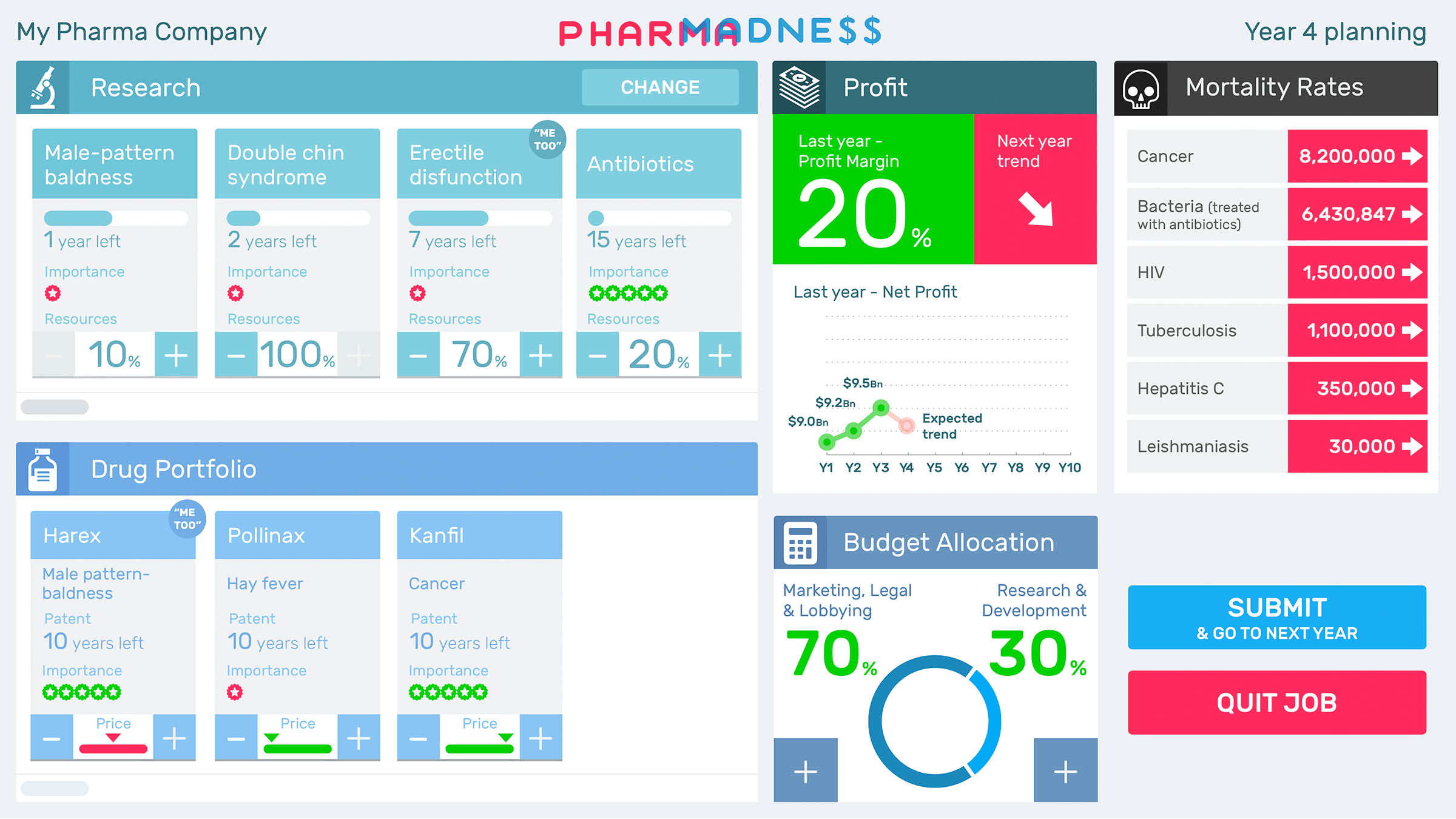 “Using a digital platform to reach more people means spreading an important message. Education is key, and the game highlights the real life consequences of your actions on screen.”

The game was only recently launched as part of StopAIDS’s campaign.

So far, it has been positively covered in several blogs and received much praise from organisations working on access to medicines, including Open Society Health, MSF, T1International and Dying for a Cure.